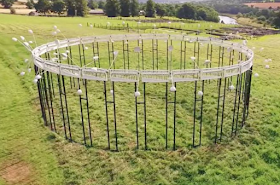 P.S. If you receive ExhibiTricks via email (or Facebook or LinkedIn) you will need to click HERE to go to the main ExhibiTricks page to make comments or view multimedia features (like videos!)
POW! (Paul Orselli Workshop, Inc.) at 10:01 AM
Share