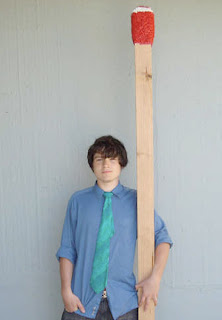 If you don't already know about "Instructables.com" check it out!

This site gives step-by-step instructions for all sorts of cool and wacky projects ranging from a Giant Match(!) to simple mechanical devices and technology hacks.

If you ever get stuck for exhibit inspiration or programmatic ideas this site is a great resource. 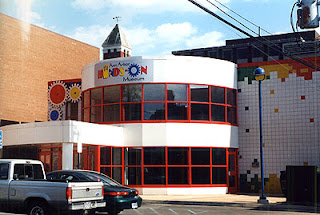 A quick posting from the road, as my family and I vacation in Michigan.

We had fun visiting the Ann Arbor Hands-On Museum, a great museum which started out in a historic 1882 Fire House, and has continued to expand to take up most of the block and adjoining buildings in the past 25 years. Well worth a visit! 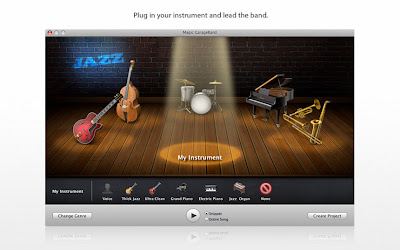 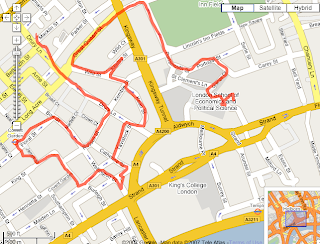 Basically, it's a clip-on battery powered device about the size of a pack of gum that tracks and records movements (tech specs say it has a 2.5 meter accuracy.)

The really slick thing though, is that the Trackstick coordinates with Google Earth (and similar online mapping programs) to create a visual record of the path(s) that anyone wearing a particular Trackstick traveled!

This seems like a great tool for evaluators and exhibit developers to get a handle on where visitors travel in zoos, botanical gardens, and large outdoor historical sites as well as around museum sites.

Has anyone out there tried one of these? I'll present my own impressions in a future posting.

Astronaut: A Cool Way to Use Flickr's API

Felix Jung, a clever creator at avovision, has developed this slick Flash-based interface that uses Flickr's API (Application Programming Interface) to "grab" images based on Flickr tags to coincide with a song called "Astronaut" by Dan Frick.

Here are a few things Jung had to say about his creation: "Listening to Dan's song, the speaker makes me think of someone fairly isolated - far away either due to distance, or time or both. When thinking of Flickr, I think of a multitude of people, all of them interacting with one another - sharing photos, comments, memories. I liked the juxtoposition of someone singing about solitude, but having his words represented by... well... by everyone else. By the rest of the world.

Each time the Flash file is loaded, new images are randomly pulled from Flickr. I've hard-coded 53 keywords at set points in the song, and when the page is first loaded... calls are made out to Flickr to retrieve these keywords. With each call, I vary the parameters a little bit.

In some cases, I've taken a few liberties with my searching. Instead of sticking exactly to the lyrics, I've substituted words in certain places, either to elicit an effect, or due to the fact that the word itself wasn't returning enough results. I've tried searching all text, but found that searching specifically for matching tags proved the most accurate." (You can read Mr. Jung's entire blog posting about his project here.)

I think there are some amazing exhibit and exhibition possibilities for museums and multi-media artists to make use of this approach to tap into existing public Flickr images (including those currently posted by museums.)