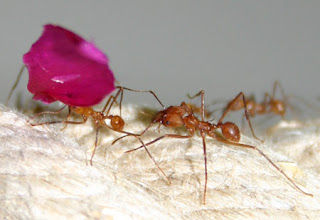 In the excellent book Small Giants: Companies That Choose to Be Great Instead of Big

As the subtitle of the book suggests, companies featured in the book (such as Ani DiFranco's Righteous Babe companies, Clif Bar, and Anchor Steam Breweries) have come to the conclusion that simply making a business larger is not nearly as important as keeping high standards -- and not confusing one goal for the other.

One interesting aspect of Small Giants is that the different companies came to their conclusions related to high quality not being directly related to business size by a variety of paths. Some companies and founders/directors/employees seem to have always had an intuitive sense of the mission of their particular business and were willing to pass up growth if that meant sacrificing their original principles. Other people running companies that grew too fast, or grew for the wrong reasons, only came to embrace "quality over quantity" after suffering personal and business disasters as a result of growth for growth's sake.

I often think of this constant tug of war as it relates to museum expansion projects.
Sometimes upon hearing of a campaign to make an existing museum "bigger and better" I often wonder if they couldn't accomplish increased visitation and income by "just" becoming better. Admittedly, that is hard and incremental work that doesn't lend itself to sexy capital campaigns.

What do you think?

What are some of your favorite museum examples of "small giants"?