And Moviehouse NOLA, a project involving the history and personal stories behind classic New Orleans movie theaters, is definitely such an exhibition project!  (Check out the Kickstarter video at the top of this post or click here to view.)

I've become really intrigued by this developing creative enterprise, so I'm pleased that two key members of the team behind Moviehouse NOLA, Isabella Bruno and Christina Ferwerda, were able to answer some questions and provide more details about this innovative exhibition experience that will open soon in New Orleans (hence the "NOLA" in the title.)

Christina: Moviehouse NOLA is a site specific pop-up exhibition that explores the history and reuse of movie theaters in New Orleans. Recent books, newspaper articles, and documentary films have brought attention to the history of these buildings around New Orleans, which have been torn down or repurposed.

In exploring the stories of these buildings, what we've found is that the story of the theaters opens an interesting dialogue about HOW people used to go to the movies, and the purpose that these experiences had in shaping lives. We wanted to highlight the personal stories as well as encourage visitors to think about movie history in New Orleans and what they would like the spaces to be today.

Isabella: I'd also add the idea of Moviehouse NOLA being a really "ground-up" process to make an exhibition, that works faster than a standard institutional exhibition. We have more latitude in content development (aka an x-rated section only for adults, because it's important to not ignore adult theaters as echoes of New Orleans' Storyville past.) We can be *almost* impulsively responsive to opportunities that appear in front of us (like the fact that we might still add a Saenger Theatre uniform with only 3 weeks until opening, just because it's so cool and recently has become available to us).

Its "ground-up" nature can also be seen in the make-up of our supporters, people who love the content so strongly that they invest in its dissemination, by contributing objects collected as artifacts, sharing their experiences as the beginnings of a growing oral history collection and becoming "micro-lenders" who invest in the project via Kickstarter. I think of crowd-funding as purchasing pre-sale tickets which have the added value of helping us buy sheetrock. We are building the exhibition one invested ticket-holder at a time. 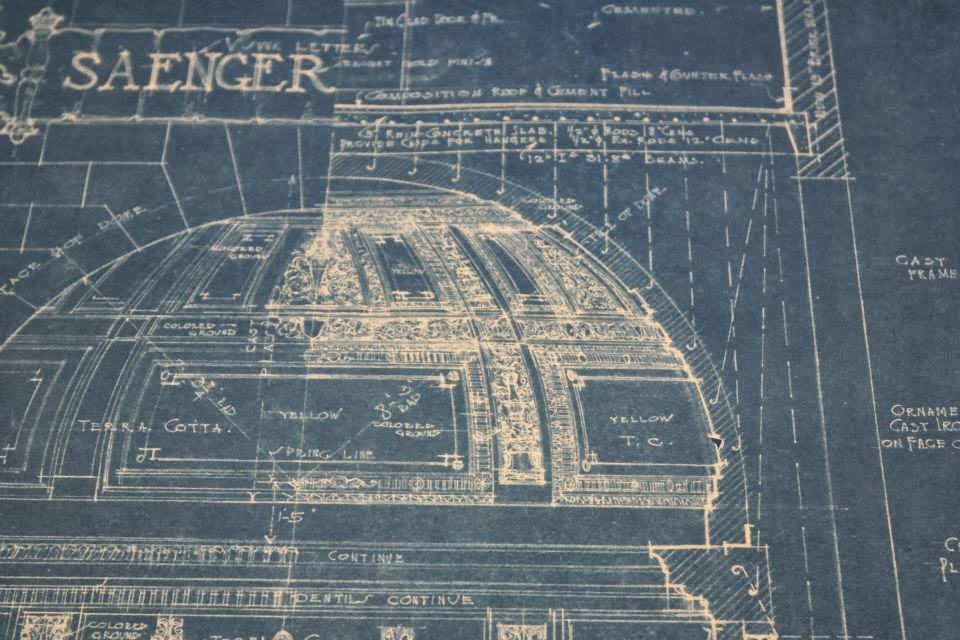 Why do an exhibit on movie theaters of New Orleans?

Christina: The topic was ripe for discussion - its been a part of emerging conversation in New Orleans for about a year, and with the reopening of the Saenger and the Joy theaters this year, as well as redevelopment of the Carver theater in process, we want to bring this story to the general public so that they understand the significance of these spaces in the city history. Additionally, New Orleans has such an interesting link to the film industry, and currently the population of film industry professionals in New Orleans has very few options to actually see their own work.

Will this be a travelling exhibit? (Or could this format be adapted to "cinema stories" in different cities?)

Isabella: YES! Definitely. The general idea is universal across most major metropolitan cities, even cities without large populations. The exhibition we've created is a kit of parts that can tell the story of any city that had glorious neighborhood theaters, cinema palaces, or drive-ins at one time. San Francisco has tons of old neighborhood theaters, marquees still standing but now the headlines read like a 99¢ or hardware store trip: "mops, brooms, kitty litter, sale items…" and on the flip-side, the Silver Moon Drive-In has been continuously operating for 60 years in Lakeland, Florida, just outside of Tampa. How did SF's close and Lakeland's stay open? There's big city and small town stories right there. We'd love to create Moviehouse SF, Moviehouse Lakeland and on and on. 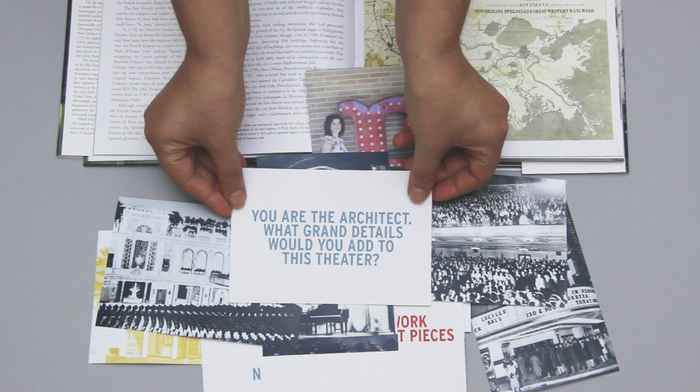 Isabella: I would want to encourage more of the audience participation rituals experienced with cult flicks. One of my favorite high school memories was going to the the New Orleans Worst Film Festival and seeing Plan Nine from Outer Space. It is truly an abysmal film. The audio is almost totally raw, the continuity between props and settings assumes the audience is so dumb that at one point the shot goes from day to night IN THE SAME SCENE. Bela Lugosi passed away during the filming, so they hired another actor to just hide behind the cape and finish his role. 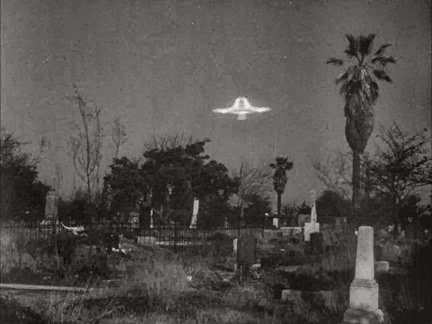 Yet, all these castrophes are made a billion times more enjoyable in present viewing of Plan Nine simply because I have the memory of an entire audience throwing paper plates into the air and booing every time the "UFO" appears in the sky…dangling from a single white string.  I think of John Waters' homage to Smell-O-Vision, when he released Polyester with scratch-and-sniff cards. Whatever the actual space is for my theater, it would be designed to encourage more rituals, improvisation, and participation by the audience.

Is there a NOLA theater or theater related story that has stuck with you?

Isabella: I think I accidentally answered this one in the question above! I'll add that the viewing of Plan Nine wasn't even in a theater, the festival took place in Benjamin Franklin High School on bleachers. For the film, that environment was just the PERFECT vehicle to transport me and I'll never forget it.

Christina: There have been so many great stories in researching this project. I know that one moment I will never forget is seeing Rene Brunet, in his interview, discuss his life in the movie theater industry, and say "I won't regret one day in this business." Hearing that from someone at that age really speaks to the place that these businesses had in the culture of New Orleans.

Christina: Most of the Historians I interviewed felt that the time has passed for neighborhood theaters - they could never function, especially given the existence of television, Netflix, and other home viewing options. However, I sensed a real desire in a lot of interviewees and people I met while researching for at least some other options. And the more we find out, the more we hear about diverse underground or burgeoning projects that could provide New Orleans residents with some interesting options.

Isabella: Christina talked to many people about this and she has some thoughts from responses in New Orleans. Expanding beyond New Orleans, I hope that we begin to see a resurgence of recycled space in general, whether movie theater spaces or not.

I am truly in love with the work of MiLES, an organization in the Lower East side which is looking for ways to use time and space more efficiently by pooling resources in business infrastructure and available space. As a made up example, why can't a bar be a social club for retirees from 11– 4PM with a series of matinee movies? The bar space gets used in the hours that it can't be open and a service is offered that couldn't sustain the overhead of its own space. It's not just derelict, falling apart spaces that are not reaching their potential, there's wasted space all around us. We need to be more collaborative, conversational, and courageous in our thinking about how space can be utilized and how it can be programmed.


BUT MOST IMPORTANTLY,  if you've enjoyed the ExhibiTricks blog and gotten new exhibit ideas and resources here over the years, I'm asking you personally to click on over to the Moviehouse NOLA Kickstarter and contribute!  (I'm already a Moviehouse NOLA supporter.)

If every ExhibiTricks subscriber reading this post (not to mention the thousands of weekly readers!) contributed at least $25 bucks to the Kickstarter right now, we'd show our support for innovative and interesting exhibition projects like Moviehouse NOLA, and easily put Isabella and Christina over their fundraising goal.

Let's make it happen!  Please click over to Kickstarter now and show your generous support.