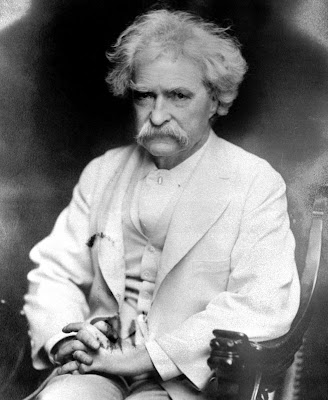 I've written previously of the tricky business of not just opening, but also sustaining, museums in posts about COSI Toledo.

A recent article in the NY Times describes how Mark Twain's historic home (and museum) in Hartford, CT may now be in danger of closing due to lack of funds. This is a shame since I know from visiting Twain's home that it is beautiful and obviously of historic and cultural importance.

However, reading between the lines of the Times article, one has to wonder if the museum designed by "starchitect" Robert A.M. Stern (which cost $19 million, almost double the initial projections!) needed to be as large and grand as it ultimately became. Also, if your museum was losing money and cutting staff, would you eliminate key marketing and development positions?

There is also something unseemly when museums play the same sort of "chicken" game that the owners of sports stadiums pull --- "if you don't give us more money, we'll close the place down!" The Cradle of Aviation Museum on Long Island, which was funded largely by Nassau County, recently tried to make a similar argument.

The leadership in Nassau County told the Aviation Museum to "go fly a kite" and forced them to change their top management as well as institute a more aggressive fund raising plan.

It will be interesting to see how the greater Hartford community responds to the financial crisis at the Twain House and Museum.

(On a somewhat related note, I am offering a prize to anyone who can point me to a complete and definitive list of museums which received "earmarks" in the most recent Federal Budgets.)


If you're new to the ExhibiTricks blog, subscribe via email or your favorite news reader with the tools on the right side of the postings!