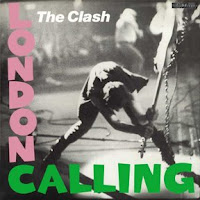 A recent report of a mention of the ASTC Exhibit Cheapbooks by Ian Russell during the recent ECSITE Conference in Lisbon, Portugal got me thinking about the differences between museums and exhibit development, here in the US, and "across the pond" in the UK.

"Boffins" are greatly appreciated in the UK. Museum and exhibits people, like the chaps at Science Projects in London, really love to tinker and prototype, and it shows in their exhibitions. Here in the US, many museum folks talk about prototyping, but I'm not sure how much of it actually occurs.

Exhibit meetings, just for the sake of having a meeting, seem to be disdained in the UK. Unlike the US Exhibit Development process, which seems to thrive on meetings. In the UK, BIG, The British Interactive Group, runs regular Fabricators' Weeks where exhibit folks crash around with each other in workshops filled with materials to create as many working prototypes as they can before a big public showing on Friday. Sort of like a Science Fair for adults. (Except with pubs and pints thrown in.)

Many museums in the UK tend to approach things in a simpler, more playful way than US Museums. (except the Science Museum, with its bridges made of glass, looking like the NYC Apple Store. Although even there, the older exhibits like Tim Hunkin's exhibition called "The Secret Life of the Home" are excellent. I guess they have more twee designers in charge, and less boffins, there now.)

Perhaps museum visitors are more "polite" in the UK than their US counterparts. There seems to be a less obvious presence of guards and protective barriers in all types of museums in the UK, even surrounding "valuable" objects. It makes me wonder if environmental cues in museums don't help reinforce expectations of visitor behavior. (It is always comical to see how visitors delight in "foiling" the protective barriers around exhibits by shoving bits of trash, oft-times printed material provided by the museum, inside. It's almost as if each piece shoved inside is saying "HA! you tried to keep me out, but I got in anyway!" Unfortunately, the protective barriers are often such a pain to remove that the poor museum staff must leave the junk inside for long periods at a time, detracting from the exhibit objects.)

The UK Interactive Museum Community has had the advantage of learning from the triumphs (and failures!) of the older US Interactive Museum Community. Rather than trying to recreate models formed in the US, museum folks in the UK have put their own distinctive twist on things, gathering things to use from colleagues around the world, and creating their own distinctively UK museum and exhibit models. One example in the Science Center field is Techniquest , located in Cardiff. For a US visitor familiar with Science Centers, poking around TQ is a strange and wonderful experience, both like and unlike a US Science Center at the same time.

So I say "Cheers!" to our museum colleagues in the UK. You all have a reason to be "chuffed" about your work.