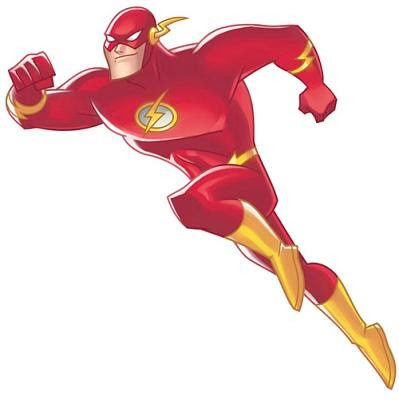 Why would you wait over three hours in line if you didn't have to?  I was thinking about that on a recent trip to the Six Flags Great Adventure amusement park with my three sons.

One of the main reasons we went to Six Flags was to ride the amazing roller coasters.  (Who doesn't love being shot 45 stories into the air or spun around at 80 miles per hour?)  Of course most of the other people in the park want to ride those coasters as well --- which causes loooong lines, sometimes lines that can take over three hours to move through at each of the most popular rides.

This is a recipe for disaster on a hot day in a crowded place filled with fidgety people, so Six Flags offers an upgrade to your ticket called "The Flash Pass" (named after the DC comic book superhero who speeds around with  Batman and Superman.)

The Flash Pass is a fist-sized electronic gizmo that lets you reserve a place in line without having to physically stand in line, so you can just come back and get on the ride when the Flash Pass shows it is your turn.  That way you can spend the majority of your time in the park playing, not waiting.  For me and my sons, The Flash Pass worked great, and was worth every penny.

So what does this have to do with your museum or design business?  Just this --- if you can find those annoying bottlenecks that make it harder or less enjoyable to engage with you, and then find ways to remove or alleviate those problems (through technology, or changes in policies or procedures) you'll become a real superhero to your customers!

What happens when you cross brainstorming ideas with pinball?

The answer is this set of fun tools created by BBC Scotland.

With evocative titles like "Drop Zone" and "Snap Shot" you can mix and match the four tools and the results they generate as you see fit.

Fun stuff!  And a nice alternative to try out at your next exhibit design brainstorming session.

I'm always on the lookout for new toys.  (Of course it also helps that I'm the father of four children --- although my wife claims at times to have five children...)

Toys can provide great examples of industrial and interactive design, as well as being jumping off points for exhibit prototyping projects or even for jazzing up team meetings.

So here are two cool toys I've been playing with recently for you to try out: 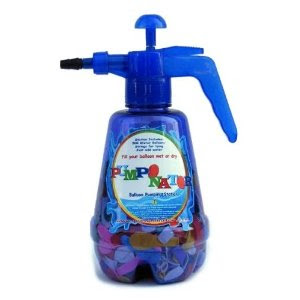 This is a fun self-contained pump that lets you fill balloons with either air or water (depending on what you put in the bottom container.)  Simple and durable, I could see this being useful for science demonstrations or remote events.


The second toy is called Big Bang Rocket and as the name implies, you can make some noise with it!

This clever toy let you load squares of newspaper (or other paper-like materials like leaves) into the "blast chamber."  Then you throw the Rocket into the air and it comes down on its squishy rubber top to force air blasting through the paper with a loud BANG! 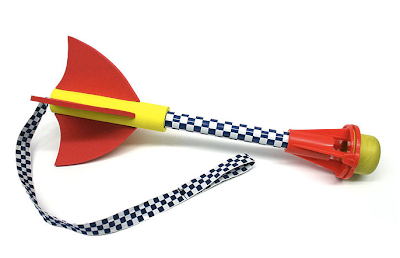 I like the Big Bang Rocket because it's dead simple, but also because it works on a variety of ground surfaces whether they are soft (like grass) or hard (like a concrete driveway.)  Also you have some nice possibilities for experimentation by trying to get the optimum BANG!

So try out the toys above or take some time to troll through the aisles of your local toy store for some design inspiration  --- the worst thing that happens is you end up with a new toy to play with!

Recently I saw a YouTube video (at the top of this post or click here) that featured a tour around The Mythbusters' M5 workshops with co-host Jamie Hyneman and a writer from Popular Mechanics magazine.

While it's always fun to see someone's workshop,  I was especially taken by the YouTube segment of the "Wall O' Boxes" (A gigantic set of metal shelves stacked with large plastic storage boxes filled with different sorts of materials.)  Jamie from the Mythbusters explained that it is much easier to test out your ideas quickly if you have a bunch of "stuff" around to build with.

It really brings to mind the Edison quote, “To invent, you need a good imagination and a pile of junk.”

So, enter the Wall O' Boxes.  Thinking back, just about every clever "maker" I know has their own similar storage variation in their workshop or work space --- how about you? 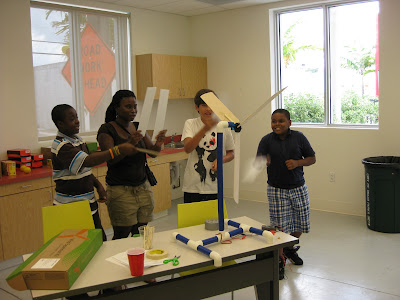 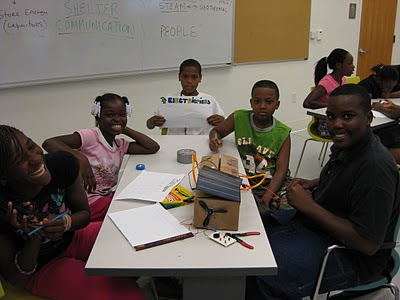 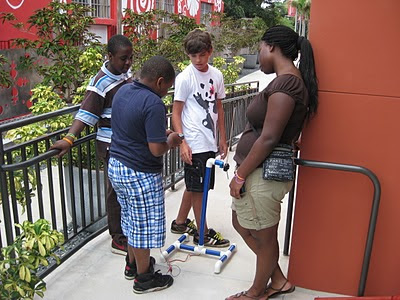 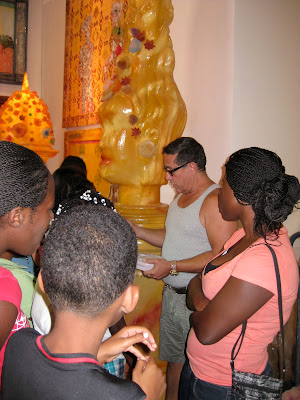 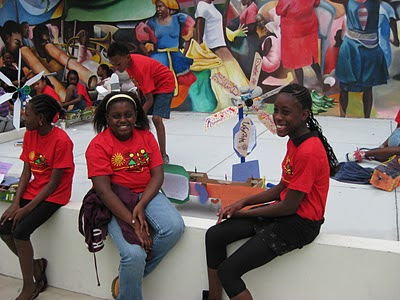 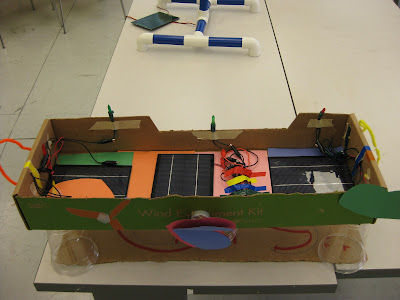