Some new "spins" on a familiar exhibit 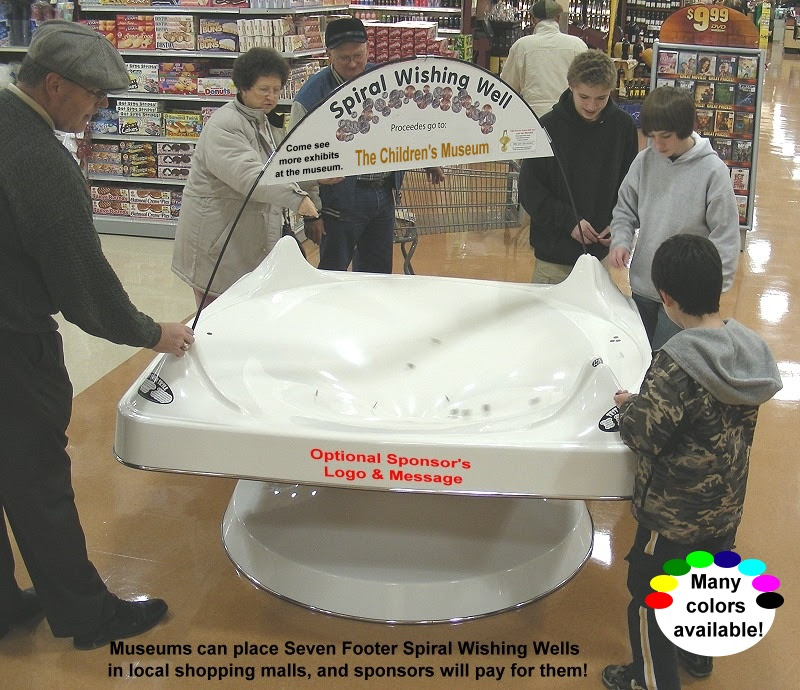 Last month during the ACM and AAM museum conferences in Chicago, I had a booth in the ACM Marketplace. The fellow in the booth next to me was Steve Divnick. While I had never met Steve personally before, I certainly knew his product, the Spiral Wishing Wells, since I had purchased several of them over the years for museums I have worked for.

During the course of the day in the Marketplace, I overheard a lot of people talking about how much money their Wells have raised and how much they appreciate Divnick’s service. I really got a great sense for Steve’s enthusiasm for the Spiral Wishing Wells, and his sincere desire to help museums raise money in a fun way with a device that also demonstrates science. Also, I got to see the first public showing of his new and improved models including the “Seven Footer” Wells with eight launch ramps molded right into the funnel. If you haven’t seen the new Wells, you will be surprised at the innovations. (Click image above for a larger picture.)

So, check out Steve’s website: http://spiralwishingwells.com/museums/ for more information about the Spiral Wishing Wells, including the educational material and sponsorship ideas.

Then, pick out the size and color Well (or Wells) that suit your needs. Let Steve know that POW! sent you his way, and if you place an order before the end of 2007, you’ll receive a discount of $400 to $1,000 off the normal price of the Wells.